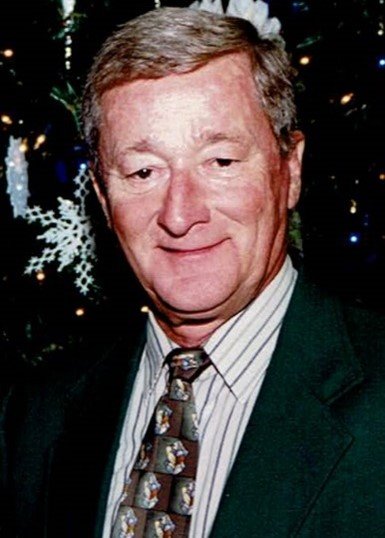 Lee was a graduate of Rockford West High and University of Illinois. He served as 2nd Lt. in the U.S. Army where he met and married Melitta Elfriede Pfomann on August 4, 1956 in Augsburg, Germany.

Lee’s family resided in Rockford, IL and later moved to Cambridge, WI to live on Lake Ripley where he enjoyed fun times with his family and friends, boating, playing cards, bowling, golfing, and racquetball. He belonged to Lake Ripley Country Club for many years.

He worked as plant manager at Rockford Springs Company in Rockford, IL until his retirement. He and his wife Millie moved to Del Tura Country Club in North Fort Myers, Florida where he enjoyed many years of golf, tennis, and softball. He was proud of his 13 holes in one, multiple club championships, and  induction into the Del Tura Softball Hall of Fame in 2017.

Special thanks to Agrace Hospice Care givers and to Autumn Winds of Oakland Assisted Living staff where dad resided for the past 4 years.

A private family service was held at Nitardy Funeral Home in Fort Atkinson on April 5th.  A celebration of Life is planned for Saturday, May 15 at Ripley Park in Cambridge, WI from 11:00-2:00 PM (shelter next to the cemetery). Memorials in Lee’s name can be made to Agrace Hospice in Madison, the William S. Middleton Memorial Veterans Hospital or Juvenile Diabetes Research Foundation (JDRF).

To send flowers to the family or plant a tree in memory of Albert Roland Jr., please visit Tribute Store