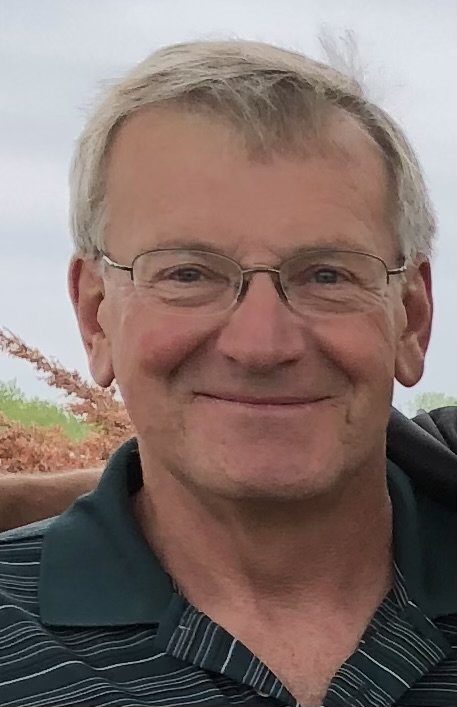 On Sunday, March 14, 2021, Paul M. Pelnar, loving husband, father of two, and grandfather of four passed away at the age of 70.
Paul was born on January 24, 1951 in Milwaukee, Wisconsin to Marcella and Aldoph Pelnar. Paul had a great passion for education and earned his Master’s Degree in Education from UW Milwaukee. He taught history and social studies, coached both basketball and football, and was a school administrator in Brookfield before continuing his career as the Principal of Fort Atkinson High School in 1991. In 1998, Fort Atkinson built a new high school, and Paul was an integral part in its design and foundation. In 2000, he took on rebuilding and restoring the aging middle school and played an equally large part in reopening it as an elementary school. He retired from his celebrated career in 2008.
He was married to his loving wife, Helen Hestetune in 1979 in West Allis, Wisconsin. Together they raised two sons, Michael and Jesse.
Paul was known for his love of education, but he also had great adoration for music, history, sports, and traveling. He had a great way of combining his love for teaching into parenthood. He enjoyed taking family trips to well known historical sites around the country to give his family first-hand experiences. One of Paul’s greatest qualities as a father was his ability to take his passions and create invaluable life lessons from them. He could use a series of historical facts to show you why it’s important to not let your past define your future. He would use sports to show you why it’s important to always try your best, and not let the “scoreboard” determine your value.
Aside from his love for teaching, Paul was known for his great wit and sense of humor. You would seldomly see him without a smile, and he enjoyed adding humor to any situation.
Paul was blessed with four grandchildren and loved being a grandpa. His grandkids’ favorite time with him was reading stories as they loved how excitedly he would read, and all the different voices he would give to their favorite characters.
In his later years, Paul and Helen bought a vacation home outside of Phoenix, Arizona. During his frequent visits, Paul found a new interest for Pickleball. His interest quickly became a passion and he became a well-known, and well-liked player in several clubs both in Phoenix, and in Janesville. He met many people and made many great friendships through the years. During this time, he also became a certified official, becoming one of only a few people in the state of Wisconsin to possess this title.
Paul is preceded in death by his parents, Marcella and Adolph, and his in-laws, Jane and Jim Hestetune. He is survived by his wife Helen, his two children, Michael (Rhonda) and Jesse, and four grandchildren.

A Memorial Mass of Christian Burial to celebrate Paul's life will be held at 2PM on Saturday, May 29, 2021 at St. Joseph Catholic Church, 1660 Endl Blvd., Fort Atkinson, WI.  A visitation will be held from 1pm until the time of the service.

In lieu of flowers, the family has asked that donations be made in Paul’s memory to either Paddy’s Paws or the Jefferson County Humane Society.

To send flowers to the family or plant a tree in memory of Paul Pelnar, please visit Tribute Store
Saturday
29
May