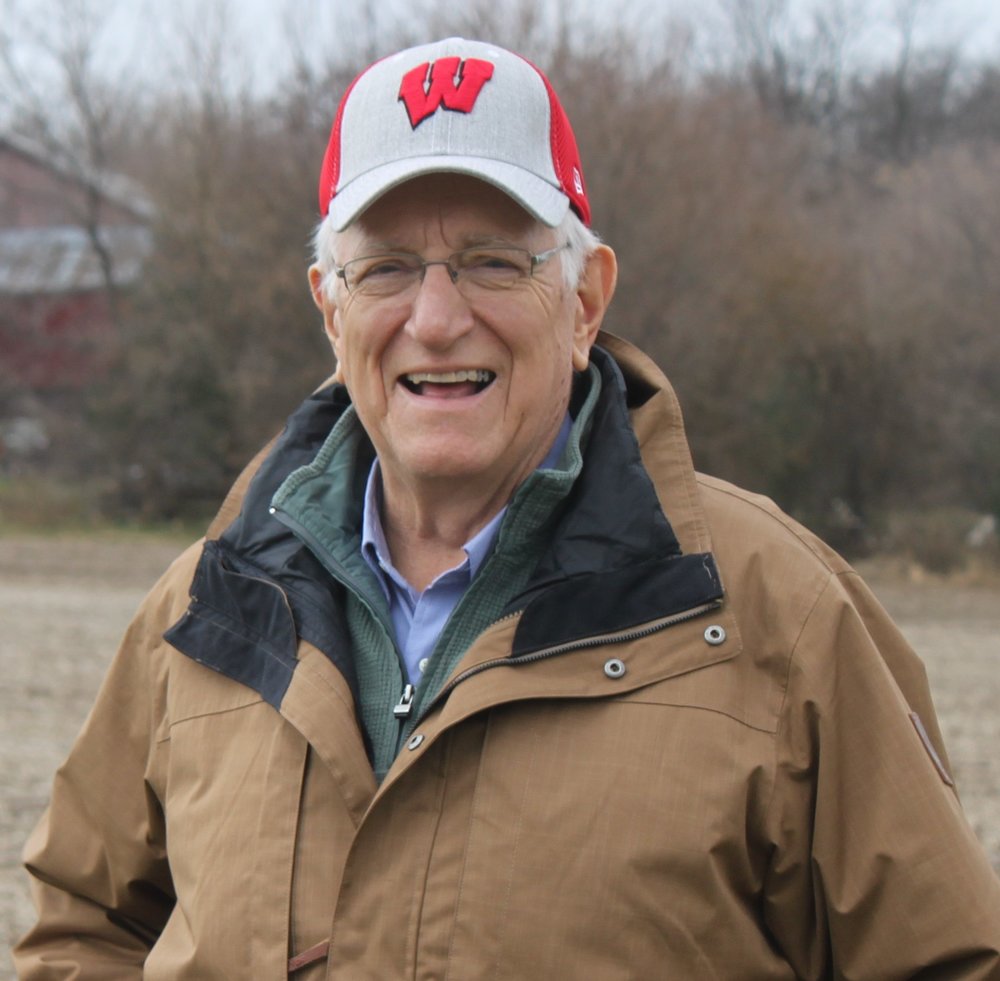 Preceding him in death were his parents Earl and Nellie Lyon, brother Howard Lyon, brother Durward Lyon (Carolyn), brother G. Joe Lyon (Norma) and a cousin, William Zmolek (Jean) who lived with the family while he was growing up and whom he considered a brother, and two infant sons.

Born September 12, 1940 in Toledo, Iowa,  Dad was raised on a dairy farm and graduated from Iowa State University with a degree in Dairy Science.  Rather than joining his father and brothers Howard and Joe, in the farming partnership, Lyon Jerseys, dad pursued a different career path and made his mark in the dairy cattle breeding business.

Dad was a life-long agriculturalist whose main interest was the well-being of farmers, especially dairy farmers, and their rural communities.  However, he was not content to only manage the cattle breeding cooperative.  He gave his time and talents to many efforts to benefit the dairy industry and rural Wisconsin.  He received many honors from fellow agriculturalists and farmers,  Honors that held extra special meaning to him were Guest of Honor, National Dairy Shrine, National Cooperative Business Hall of Fame, Wisconsin Business Hall of Fame, and Honorary Doctorate Degree, University of Wisconsin- Madison.

His other passion was education and the importance of higher education opportunities especially for kids from farms and rural areas.  His interest in education and support from friends and colleagues gave him the opportunity to serve on the University of Wisconsin System Board of Regents from 1986-1993 and serve as its president from 1990-1992.

Outside of his work, dad enjoyed golfing for relaxation.  For many years, dad and mom had a condo in Door County and were members of the Peninsula State Park golf course.  He and mom were long-time season ticket holders for Wisconsin football and enjoyed taking friends and family to games.  The fate of Wisconsin sports teams, (college and professional) and Iowa State were part of many conversations with dad.

Upon his retirement from Cooperative Resources International, dad and mom moved to Cambridge, to connect with friends in the Madison area.  Moving to Cambridge also made it much easier for them to attend their grandkids activities in Middleton and Onalaska.  He and mom joined the Lake Ripley Country Club in Cambridge where they made many new friends and golfing companions.

Mom and family meant everything to dad.  He and mom were true partners with their love starting as high school sweethearts.  They celebrated their 61st wedding anniversary in June 2020.  With respect to family whether immediate or extended, he emphasized staying in touch, getting together as often as possible, and supporting each other especially when the family was facing some adversity.

While living in Wisconsin provided dad with an opportunity to pursue his dreams, make a comfortable living, build lasting friendships in and outside of agriculture, and a chance to enjoy many of the state’s amenities, his heart was never too far away from his home state of Iowa.  Those that knew him well heard many times about the “farm kid from Iowa.”

Our family extends our deepest appreciation to Rainbow Hospice and Home Instead for the exceptional care they provided dad.

To send flowers to the family or plant a tree in memory of Thomas Lyon, please visit Tribute Store

Share Your Memory of
Thomas
Upload Your Memory View All Memories
Be the first to upload a memory!
Share A Memory
Send Flowers