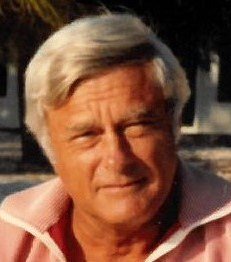 As I write these words, it is with sadness, but also with great pride. I am, and will always be proud to say that Dr. Larry Nelson, “Doc”, was my dad.
He passed away peacefully on Saturday, February 27, with the people who loved him most at his side.

Doc lived to the age of 100, which is remarkable in itself. What is perhaps more remarkable, however, are the lives he touched, and the zest for living which was so characteristic of Doc up until the end.

He was born on January 19, 1921, in Rockford, IL. His father, Arthur Nelson Sr., was a machinist and his mother, Elsie Storm Nelson was a homemaker. His older brother, “Artie”, sister Cora, cousins and aunts were part of a happy childhood that he often told me stories about. He was a “Swede” with a little German thrown in. His grandparents spoke Swedish and his mother cooked Kroppkaka, a potato and meat dumpling I’ve never been able to master.

Doc had a paper-route and delivered eggs and vegetables to neighbors, from his family’s garden, to make money as a child. He was a lifeguard, a great swimmer and attended Beloit College on a diving scholarship, where he studied Chemistry and Biology. He thought he would perhaps be a dentist.

He was drafted into the Army Air Corps, serving stateside during WWII. Courtesy of the G.I. Bill, the government offered to send him to medical school on the agreement he would serve in the Medical Corps upon attainment of his doctorate. He served his second tour during the Korean Conflict as an officer, gentleman and physician.

In 1953, a retiring doctor from Whitewater put his practice up for sale. My dad recognized a good opportunity and moved to Whitewater. He opened up his first office in what we now know as The Brass Rail. He was a G.P. who made house calls regularly, with his big black doctor bag in hand. I often road along and sat in the car, awaiting our ride home together. My sister and I also got to tag along when he made his hospital rounds, where we read Highlights magazines and helped ourselves to a hard candy from the doctor’s lounge when we left. Like many country G.P.’s, he was sometimes paid with a chicken or eggs. He was a true healer, there to help every patient who walked through his office door. His waiting room sometimes overflowed. No one was ever turned away, whether they had an appointment, needed emergency stitches, or depended on Doc’s sympathetic ear.

Doc was a great sportsman; he loved fishing and hunting ducks and pheasants. He fished in Canada every summer with his buddies, Sam Soffa, Arl Watson and Gerry Olson. They golfed St. Andrews and had many adventures throughout their lives. Doc also visited exotic parts of the world with his companion, Donna Aumann.

On his 100th birthday, so many people from Whitewater told their personal stories about ways my dad helped them out over the course of his career. Because of you, I realized how many lives he touched and how many people loved him. I was thrilled to be able to read these wonderful stories to him. Thank you to everyone who made him smile on his birthday. Thank you for leaving me with the knowledge that my dad was “one of a kind”, a man I’ve been so, so proud of. He was strong, generous, and humble — the most caring person I have ever known.

He was lovingly cared for every day by his friend, Barry Pechous, who fulfilled my dad’s wish to pass peacefully in his own home.

We invite you to honor Doc with a military gravesite ceremony on Saturday, March 6 at 1:00 p.m. at Hillside Cemetery in Whitewater. The service may be viewed at https://client.tribucast.com/tcid/722460202