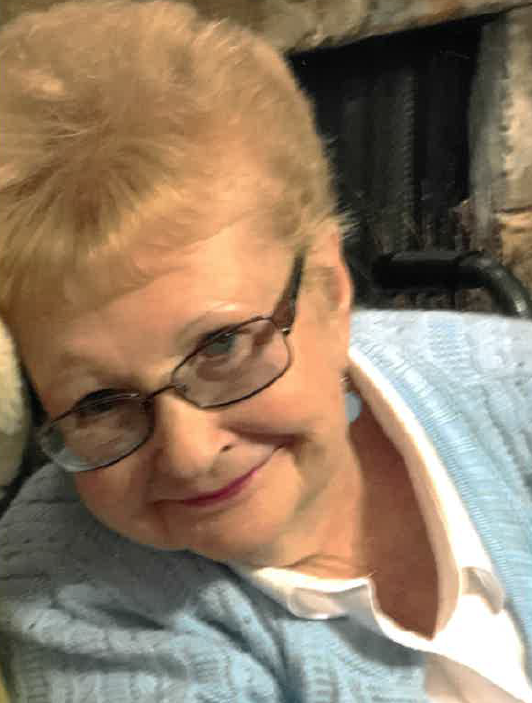 Laurie G. Williams, 81, of Fort Atkinson, WI, previously from Watertown, WI, entered into eternal life on February 13th, 2021,due to secondary conditions from Covid. She passed peacefully in her home surrounded by her loved ones, her devoted dog Stormy, and Boo, our family dog who decided he was not leaving her bedside until she passed.

Laurie was born on October 9th, 1939 in Jefferson, Wisconsin to the late Mark and Helen (Schneberger) Quest. She was the youngest of seven children.  She graduated from Johnson Creek High School in 1956, and shortly after she married Jim Goss in August of 1956. She lived an army life for 12 years, but she loved traveling and meeting new people through the army. She fondly referred to those years as her “party days”. Laurie then became a stay at home mom with their 3 three children Mitch, Mark, and Lisa.

In 1968, she married Jim Williams and they had a son, Jason, and adopted a daughter, Amy. Laurie operated a foster home for special needs children for 20 years, which took care of three long-term kids: Jeannie Schneider, Joey Jashinski, and Jackie Puente.

Laurie will be most remembered by her grandchildren for her amazing sour cream mashed potatoes that became a tradition at every Thanksgiving; she always made extra for the kids to take home. Her homemade applesauce with Red Hots was also very memorable; she made enough to share for the whole year! She loved taking her family, Hildy and the kids, and of course Barney on a trip to Bartel’s beach every Sunday that always included a picnic.

Entertaining guests at her Watertown home seemed like a hobbie to Laurie. There, she held many family reunions, pool parties, and garage band parties. Jim would sing and play the guitar while guest musicians played. Over the years, grandchildren would sing and play instruments along with son-in-law Wade Root.

Laurie was so proud of her family! She taught them the gift of compassion; she was the first of a three generation family of foster care providers. She was a lifelong advocate for disabled veterans and animal rights. She was also a volunteer at the senior center and the food pantry in Watertown. Around Christmastime, she could be found delivering gifts to underprivileged children with a mini Mr. and Mrs. Claus (Jason and Amy). She later moved to Fort Atkinson with Jason and Amy in May 2014. Laurie was a devoted mom, foster mom, aunt, grandma, great grandma, and always a loyal friend to all.

She was preceded in death by her six siblings, Gerald,Donald, Charlie, Robert, and Irving Quest, and Mary Korth; her son Mark Goss; her foster daughter Jeannie Schneider; and her step-son Ken Williams.

In lieu of flowers, a donation can be made to the Jefferson County Humane Society in Laurie’s name, as she was a great animal advocate.

The family would like to extend special thanks to Rainbow Hospice and especially amazing staff members Veronica Torres-Willis, Maggie Torres, and Chris Riedel who became part of our family.

A celebration of life will be announced at a later date.  A memorial service can be found at https://client.tribucast.com/tcid/314150653

To send flowers to the family or plant a tree in memory of Laurie Williams, please visit Tribute Store

Share Your Memory of
Laurie
Upload Your Memory View All Memories
Be the first to upload a memory!
Share A Memory
Send Flowers