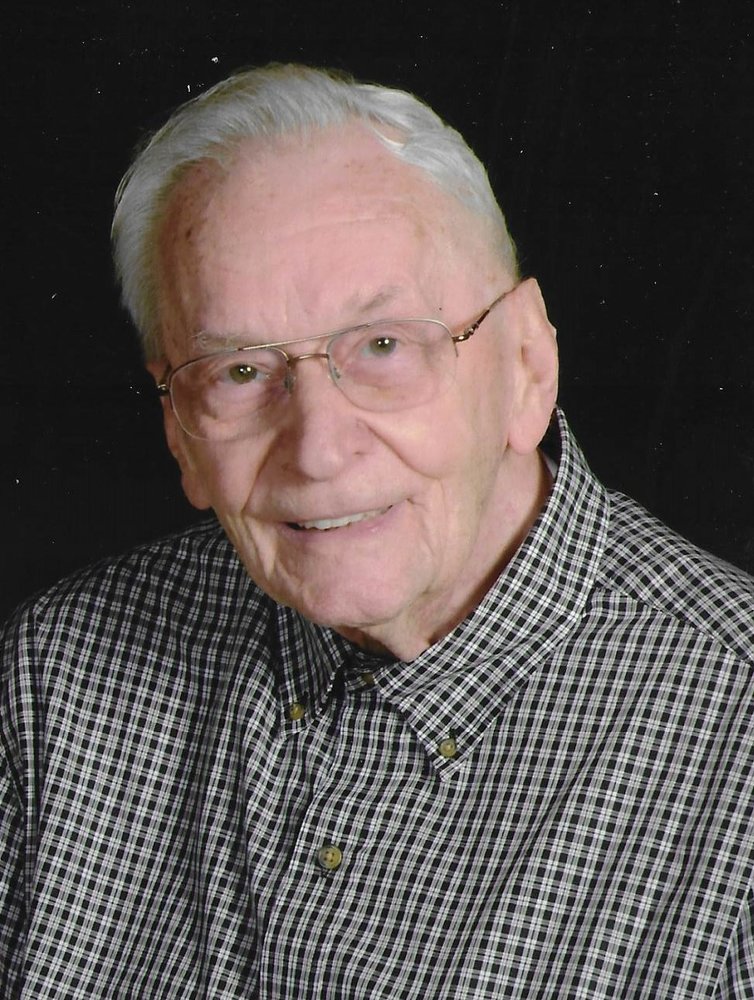 Bob was born on March 28, 1929 in West Allis, WI to John and Freida (Pfeiffer) Frawley.  He was a graduate of Whitewater High School.  Bob served his country in the United States Army in Korea during the Korean Conflict.  On August 22, 1953 he married Louise Mammina at St. Williams Church in Chicago, IL.  Bob owned and operated Tri-State Motor Express for 30 years. He also worked as a manager for Dairy Star Ice Cream Emporium in Lincolnwood, IL.  He and Louise and their six children lived in Chicago. Bob and Louise moved to Whitewater in 2006.  Bob enjoyed woodworking and decorating.  He was a member of St. Patrick Catholic Church, Whitewater.

A Memorial Mass of Christian Burial will be held on Friday, November 12, 2021 at 12:00PM at St. Patrick Catholic Church, Whitewater, WI.  Friends may call after 11:00AM on Friday at the church until the time of the Mass.

Burial will follow in the Calvary Cemetery in Whitewater, WI.

In lieu of flowers, memorial may be made to the Whitewater Food Pantry or to Bethel House.

Nitardy Funeral Home, Whitewater is assisting the family.  Online condolences may be given to the family at www.nitardyfuneralhome.com

To send flowers to the family or plant a tree in memory of Robert Frawley, please visit Tribute Store
Friday
12
November