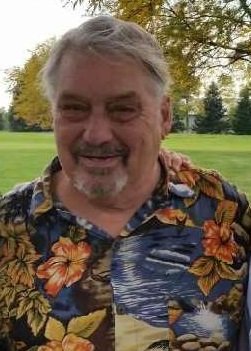 Keith was born on June 17, 1941 in Edgerton to Lester and Louise (Larson) Kahl.  After graduating from Edgerton High School he started working for Western Electric (AT & T).  He married in 1962 and shared two children with his first wife.  Keith worked for AT & T for 31 years and retired as director of operations in 1992. He spent over 12 years in Asia, this is where he met his current wife Georgina and were married in August of 1990.

After retirement, Keith kept busy splitting his time between Cambridge and Gulf Shores, AL.  Even after retirement he continued to stay active, while in Cambridge he owned and operated a golf cart business.  In Gulf Shores he worked for the city and delivered the Snowbirds Gulf Coast magazine to local business each month and set up scenery and worked spotlights for special events and shows.

Keith had a love for GOLF! And would try and golf every day if he could.  One of his greatest memories was golfing with Pat Boone. Keith had many golfing buddies and many memories on and off the course.

He is preceded in death by his parents, Lester and Louise Kahl; and brother, Ralph Kahl

The family would like to thank the staff at the UW Madison Hospital TLC unit for their care in Keith’s final days.

Due to the pandemic, services will be private to the family. A celebration of life may be scheduled at a later time.  In lieu of flowers, a donation in Keith’s name can be made to the Alzheimer’s Association or St. Jude’s.

To send flowers to the family or plant a tree in memory of Keith Kahl, please visit Tribute Store
Print
Share A Memory
Send Flowers