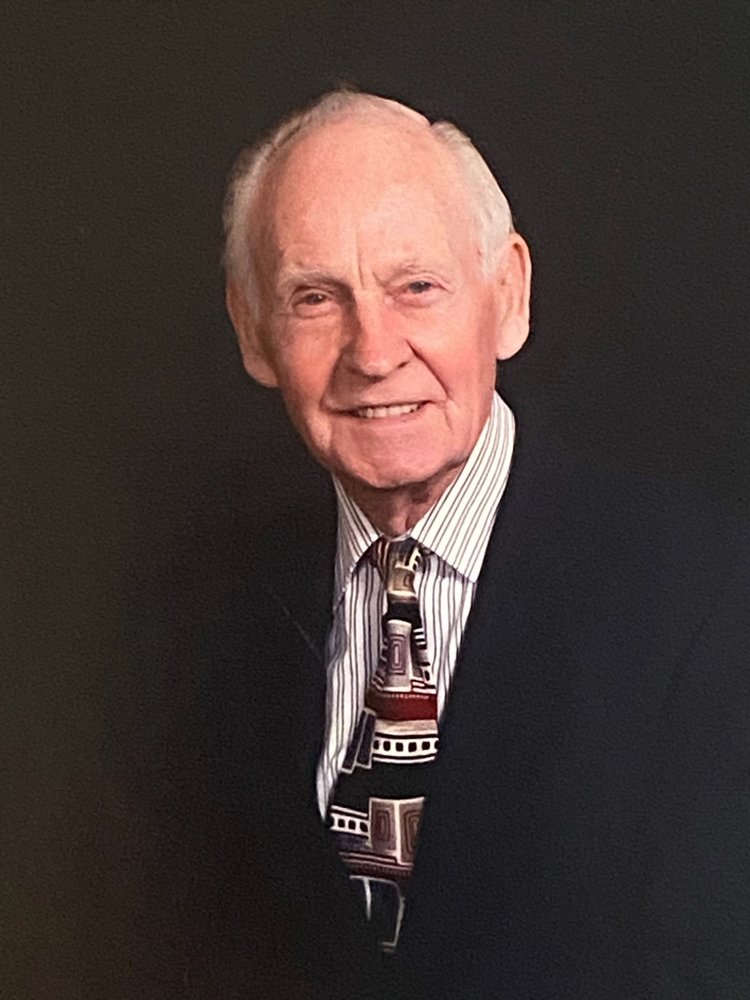 Martin, his father and grandfather were lifelong residences in Fort Atkinson.  Martin was born October 3rd, 1927 at home near Hebron at his uncle’s farm on Hwy 106.  He was the last sibling living of five children born to Martin Lemke Sr. and Esther (Tonne) Lemke.

Martin attended St. Paul’s Lutheran School and graduated from Fort Atkinson High School in 1945.  As was common at the time, he enlisted in the Armed Forces (USN) prior to graduation.  His enlistment took place after the surrender of Germany and Japan.  He spoke often about his visits to the war ravaged Philippians and Japan.  After his active service ended he served in the reserves for a total of six more years.  Martin loved his country and was a patriot to the end.  He considered his service to the United States one of his greatest accomplishments in life.

In 1948 he married Florence Welborn of Dallas TX (deceased).  They were married for 38 years and had five children, Martin Lemke III (deceased), Jackie (Paul) Schwemmer, Daniel (Janelle) Lemke, James (Nedra), Lemke (both deceased) and Sara (Dennis) Baumann.  In 1996 he married Carol Maron (deceased in 2015).  Both Martin and Carol were lifelong members of St. Paul’s Church in Fort.  His grandchildren and great grandchildren are numerous and totaled more than forty.

Martin worked for the Cox Fence Company in Dallas TX after his service with the Navy.  In 1956 he returned with his family to Fort Atkinson and started the Lemke Fence Company.  Outside of his service, the fence company was his star accomplishment taking great pride in the quality of the product he produced and the numerous towns his name was displayed.  The company was sold to Martin’s nephew David Schmidt upon his retirement.

Martin was an innovator and a true tinker.  He loved to build things and the jigs to make them and thoroughly enjoyed their use by others.  He worked tirelessly his entire life and inspired others to follow his example.  Examples of his most recent accomplishments include the building of two beautiful homes and totally renovating two older homes all since he turned 70.  After his 90th birthday he built some 300 bird houses all bearing his personal brand mark.  Every home of his children is immortalized with picnic tables, fences, cloth poles, concrete structures.  There is even a portable tent that has been used by numerous people he loaned free of charge for family celebrations.  At St. Paul’s Church the Men’s Clubs can crusher, the school and church’s hand rails and schools fences were his doing along with the continued maintenance of all.

Martin was active in his church, cared for his friends and always bore the mark of a man that was positive and anything was possible if you were willing to work.  He read only one book in his life and that was his bible.   The final note to be made is that he said on several occasions that if there was one place he could live it would be Fort Atkinson Wisconsin because it was the best and most beautiful place on earth.  His inspiration to always strive foreword with a positive attitude will continue with his family and those whose lives he touched.  There is a void that is left with his departure and we will just have to wait to see him again.

To send flowers to the family or plant a tree in memory of Martin Lemke Jr., please visit Tribute Store
Saturday
17
October