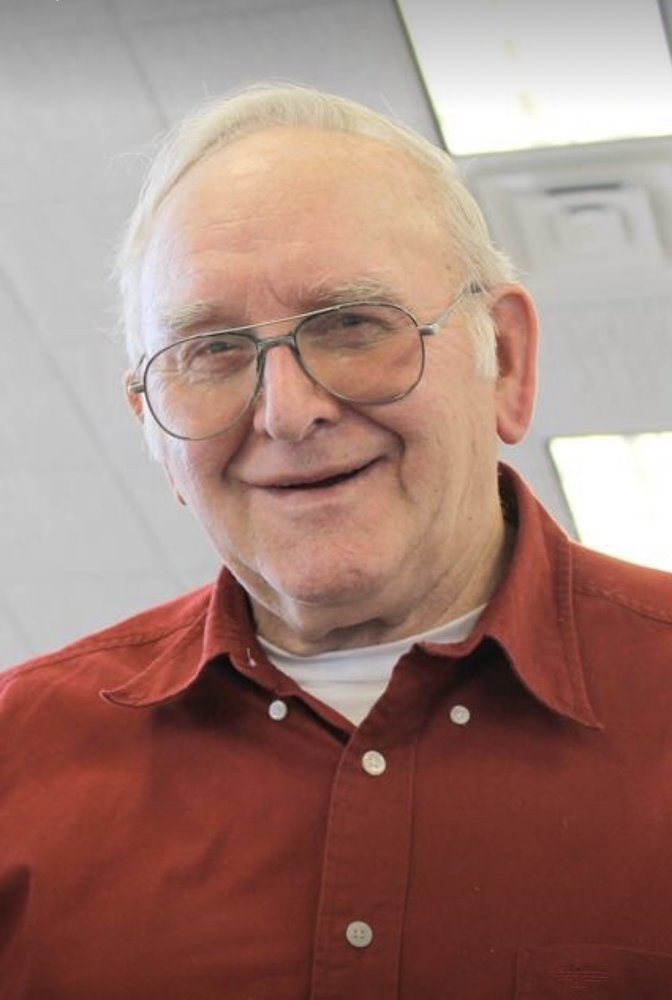 Donald Thomas Larson was born on July 30, 1930 to Carl and Gunda (Olson) Larson, the youngest of five children and the only boy. He lived his entire life on the family farm. As a lifelong Cubs fan, he enjoyed baseball and played Home Talent for Utica in center field. He was Gramps at boot camp after being drafted at the age of 26 into the Navy and served on a supply and rescue ship in the Pacific Ocean. He never did learn how to swim.  He said it was the only way he got off the farm, and got to see the Philippines, Japan, and Australia. He often told his kids he walked to school in the snow year-round uphill both ways. He loved to play Euchre any time - and he could make a lone hand out of a 9, 10 and Queen.

Always a smile, quick to tease - ask any waitress or nurse who met him. He met Barbara Nelson at Edwards Park where they continued to attend weekly dances.  They were married on February 6, 1960. Together they farmed, danced, played cards, and recently celebrated their 60th wedding anniversary.

If you saw one of them, you saw them together. They raised three children on the farm instilling the work ethic he learned from his Norwegian immigrant parents.

Don had a deep love for his family - his wife, his children, grandchildren and great-grandchildren. His favorite thing was to bounce the kids on his knee while reciting a Norwegian poem. All three generations benefited from his love. After retiring from milking cows Don spent 45 years working at Vasby Farms, retiring 10 years ago at the age of 80. He was our hero, our rock, our comfort, and died surrounded by family in the house he was born in. Love you Dad, we will miss you always.

He was preceded in death by his parents and his four sisters.

A private family service was held.  A celebration of life will be held at a later date.

The Nitardy Funeral Home is assisting the family. Condolences may be given to the family at www.nitardyfuneralhome.com

To send flowers to the family or plant a tree in memory of Donald Larson, please visit Tribute Store