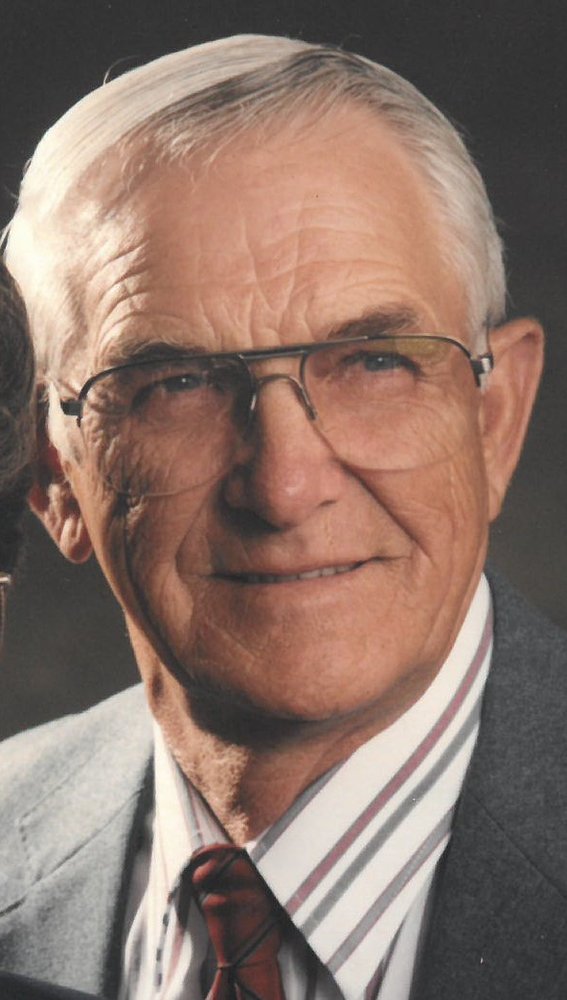 Mr. Verdal Anderson’s eye was on Jesus as he left behind this world and was received into the arms of his Heavenly Father on Friday the 5th of June, 2020.

He attended Taylor High School, as a young man until he signed up for military service.

Verdal was a star member of the basketball team.

He married the love of his life, Hilma (Christy) Irene Christianson on July 7, 1951 at Blair Lutheran Church.  Verdal was of Norwegian descent and an active member of East Koshkonong Lutheran Church.  He served in various capacities during his lifetime

After service he answered a newspaper ad for a farm hand at Nob Hill Farm in Fort Atkinson, which he later bought and it became the family homestead.

Upon retiring from military life, he was employed by Kundert Enterprises of Fort Atkinson, Wi. as a mechanic of farm equipment.  He had a great time driving tractors, planting and harvesting corn for more than twelve years.

He enjoyed Thanksgiving with family, deer hunting, fishing, Dancing and listening to old time polka music, Biblical Prophecy and homemade jams.  Jesus was his portion and his prayer bank overflowed.  He loved and adored his grandchildren.

Verdal was preceded in death by his wife (Christy) whom he dearly loved for 68 years, his parents; twin siblings Diane Johnson and Duane Anderson; and beloved grandson, Patrick Scott Anderson.

Funeral Services will be held at 2:00PM on Friday, June 12, 2020 at the Nitardy Funeral Home, 1008 Madison Ave., Fort Atkinson, WI with Pastor Brenda Lovick officiating.  Graveside services with Military Rites will be at 3PM in the East Koshkonong Lutheran Cemetery, Town of Christiana, WI.

Visitation will be from 1-2PM on Friday at the Nitardy Funeral Home until the time of the services. The family is requesting that guests attending services bring and wear their own masks.

To send flowers to the family or plant a tree in memory of Verdal Anderson, please visit Tribute Store
Friday
12
June