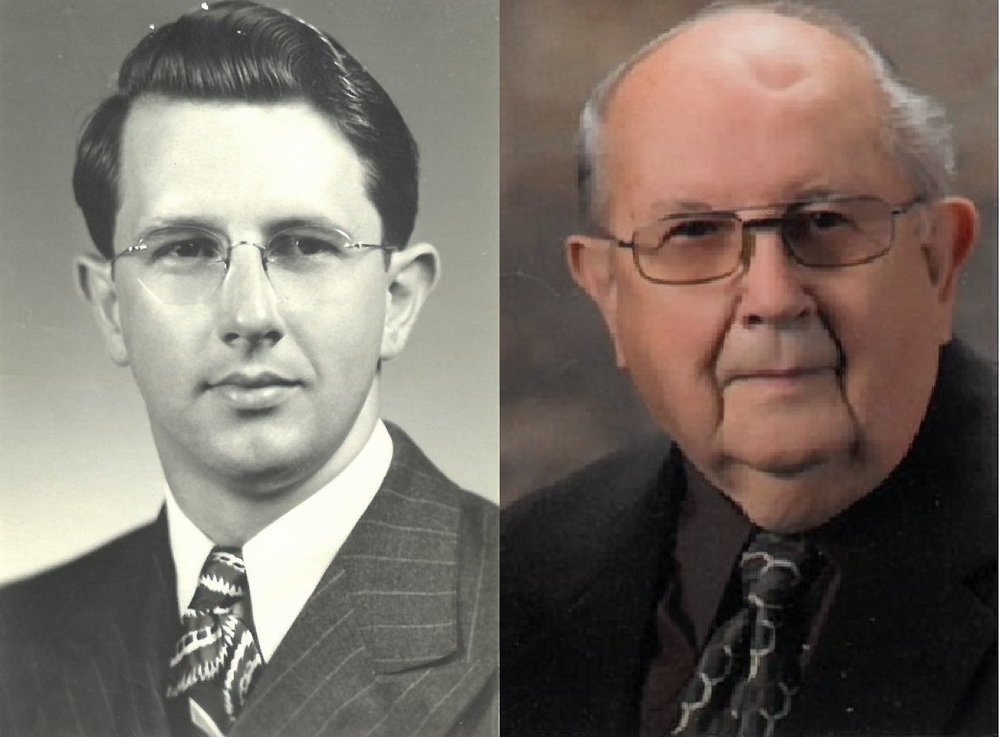 Edward “Ed” A. Ritter, 95, of Whitewater passed away on Wednesday, February 5, 2020 at the Rainbow Hospice Inpatient Center in Johnson Creek.

Ed was born on January 28, 1925, on the family farm in the Town of Lincoln, Forest County, Wisconsin, son of Ray and Clara (nee Patzke) Ritter.  He was baptized and confirmed in St. Paul’s Ev. Lutheran Church in Crandon.  Ed graduated from the Crandon High School in 1942.  During World War II, he served in the army, discharged as a Staff Sgt., and later in the Army Reserve, discharged as a 2nd. Lt..  In 1955 he married Joan Malchine, Wind Lake, in Norway Lutheran Church.  Together they had three sons: Michael, Phillip, and Stephen.

He was a long-standing active member of First English Lutheran Church where he taught Sunday school and 7th grade confirmation for many years, served two terms on the church council and as president of the congregation, and served one term on the Church Synod Council.  He was a member of William Graham Post 0173 American Legion, Whitewater, past member of Kiwanis Breakfast Club of Whitewater, and member and officer of the former Kettle Moraine Poultry Club and the Whitewater Gourmet Club.

Ed received his BE degree from Whitewater State Teachers College and his ME degree from Marquette University.  While attending college he was an active member of Chi Delta Rho (state) and Delta Kappa (national) social fraternities and Pi Omega Pi (undergraduate) and Delta Pi Epsilon (graduate) scholastic fraternities.  Thirty-seven years of his life were devoted to education: seven years at Rochester, Wisconsin where he taught business education and English, thirty years with the Whitewater Unified School District where he taught business education and served two years at the first Business Manager of the district, and many years with Gateway Technical College evening program where he taught adult classes of accounting.  During his teaching career, he was an active member of the Whitewater, Wisconsin, and National Education Associations, and the Wisconsin Business Teachers Association.  Upon retirement in 1987, he became a member of the Wisconsin and the Walworth County Area Retired Educators Association, serving for thirteen years as treasurer of the County group.

His other interests were poultry and furniture refinishing.  Since moving to the little farm on South Franklin Street, Ed had raised thousands of bantams, standard chickens, turkeys, ducks and geese.  Hatching eggs and baby chicks were sent to fanciers throughout the United States and birds were exhibited at the Wisconsin State Fair and at various Poultry Shows.

Funeral services will take place at 11AM on February 22, 2020 at First English Lutheran Church in Whitewater, with Rev. Steve Hanson and Rev. Jerald Wendt officiating.  Visitation will be held at the church from 9AM until the time of services.  Burial with military honors will be at Hillside Cemetery in Whitewater following services.

Memorials can be made in Ed’s name to First English Lutheran Church.

To send flowers to the family or plant a tree in memory of Ed Ritter, please visit Tribute Store
Saturday
22
February