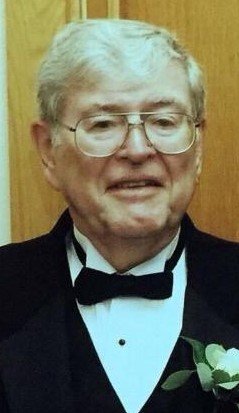 He was the best of "The Greatest Generation."

Richard Forrest Bates was born on March 11, 1925, in Montgomery, Alabama, to Ralph Bates and Laurette Forrest Bates. The Bates family came from a farm near Fort Deposit in southern Alabama where segregation of the races was the law and veterans of the Civil War were still alive. When the Great Depression swept the nation, the Bates family returned to the farm until Ralph found a job first in Baltimore, Maryland and then in Cincinnati, Ohio.

Richard attended high school in Cincinnati but joined the Army in 1943 before graduation. He was sent around Africa on a troop ship and then across India by train before being flown into battle in Burma. His instructions were to jump from the moving plane, run off the airstrip, dig a fox hole, and start firing at the enemy. This is how Richard joined the elite Ranger unit famously known as "Merrill's Marauders, the subject of a 1962 Hollywood movie starring Jeff Chandler and Claude Akins.

Richard fought two arduous campaigns in the mountains and jungles of Burma. The troops' only supplies were dropped by airplanes and then carried by mules that the men had to lead over treacherous trails. At the war's end, Bates and his unit worked in southwest China

helping the Nationalist Chinese.  He returned home to Cincinnati on Christmas Eve in 1945 sick with a recurrent malaria attack, an illness that would plague him for many years.

In 1946, the city of Cincinnati held a dance to honor veterans. There, Richard met the love of his life, Joyce Jonas.  He proposed on their second date. The couple married on June 7, 1947, at Guardian Angel Catholic Church in Cincinnati. Richard enrolled at Miami University of Ohio on the G.I. Bill and made a little extra money by playing semi-pro football. In 1948, Joyce gave birth to their first child. Over the next 17 years the couple welcomed five more children.

After school in Ohio, the Bates family headed north to the University of Wisconsin. They lived in student housing at Badger Village south of Baraboo while Richard earned his Master's Degree.

Baraboo High School hired Richard as a teacher in 1951. He served the district as a science and civics teacher and as a football, volleyball, and track coach.  In 1967 Richard became Baraboo High School Vice Principal and Principal the following year. He shepherded curriculum and social changes during his stewardship, modernizing the class offerings and democratizing student life. Richard returned to the classroom before ending his career in 1987. At his retirement celebration, colleague Bob Reid honored him by holding up a straight pin and announcing lovingly that on the head of the pin is a list of conflicts Dick Bates avoided.

Even in his retirement, he was a teacher. A walk with him at Parfrey's Glen became a geology class. An article in the paper led to a lecture on history or economics. His family received monthly charts of the weather in Baraboo.  He frequently gave presentations to area classrooms and historical societies about his war experiences.  Ultimately, he wrote a book called "Memories of Military Service - A Teenager in Burma." The book is available at the Baraboo Public Library and the Imperial War Museum in London. It can be purchased on Amazon.

A teacher's pay was poor in the 1950's and early 60's so he worked part time clerking at a grocery store, driving taxi, and driving a bread truck.  He also ran radar and dispatch for the Sauk County Sheriff, which provided some memorable experiences. In 1960 Sheriff Spencer needed a Democrat to drive to Madison to retrieve Senator John F. Kennedy for a campaign appearance. Since Bates was the only Democrat the sheriff knew, Richard got the assignment. When Deputy James Jantz was murdered in 1961, Richard worked all night on dispatch coordinating the search for the three murder suspects.  During the summers of the 1960's, Richard was employed at Devil's Lake as a park ranger and as a captain of the paddlewheel boat.

Richard served the public through Kiwanis Club, and he was a member of the Police and Fire Commission. At St. Joseph's Catholic Church, Richard served as a lector, CYO teacher, and a roller rink chaperone with his wife Joyce.

Richard and Joyce were active members of the Fortnightly Literary Club and enjoyed bridge, sheepshead, reading, travel, bicycling, and dancing.  For years the couple would ride their bikes to Reedsburg for breakfast and ride back home.  They were regulars at the Saturday night dances at the Chateau at Devil's Lake.   They introduced their family to cross country skiing in the early 70's.

The couple continued to travel, dance, bike, and ski well into their eighties.  In what could have become sedentary years, both Richard and Joyce earned medals in the Badger State Games. The couple also enjoyed many delightful hours gardening in their yard on 8th Avenue. A generation of prom goers had their photographs taken in the Bates' colorful and expansive gardens.

In his later years, freed from the constraints of public life, Richard was able to engage in active political debate.  He enjoyed spirited discussions at the Methodist Coffee Klatch, and he expressed his strong views frequently by writing letters to the editor of many publications. This man born in the segregated South had become an ardent, a knowledgeable, and an unabashed liberal.

Indeed, Richard Forrest Bates was the best of the "Greatest Generation."

He is survived by Joyce, his partner and love of 73 years, as well as his six children:  Diana (Tom) Jones of Watertown, Alan (Jessica Southworth) of Janesville/Sugar  Camp, Laurette (Greg) Greenhalgh of Fort Atkinson, Barb (Charlie, dec'd)  Bair of Baraboo, Brian (Katherine) of Falls Church, Virginia, and Eric (Donna) of Madison, 12 grandchildren and 6 great-grandchildren.

A celebration of his life will be held at a later date.

Memorials may be made to the Baraboo Public Library or to the Friends of Devil's Lake.

To send flowers to the family or plant a tree in memory of Richard Bates, please visit Tribute Store