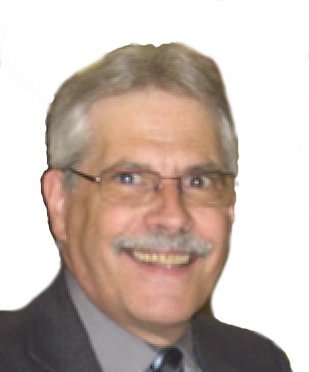 Gareth was born on February 3, 1948. He was adopted at the age of one by Francis A. and Josephine (Mlodzik) Betts, Portage, WI; where he spent his early life. He took great pride in his Welsh ethnicity, but was never able to make a trip to Wales in the United Kingdom.

He received a Master’s Degree from UW-Milwaukee.

On September 14, 1985 at St. Rita’s Catholic Church in West Allis, WI, he was united in marriage to Theresa Marie Datka. Following their marriage they resided in the Town of LaGrange, WI. Gareth was a Tenured Professor of UW-Extension in Elkhorn, WI, with Emeritus Professor distinction upon retirement from the UW-Milwaukee Continuing Education Department.

He was a member of the St. Pius V Roman Catholic Church, Mukwonago, WI for more than 28 years. He served, with honor, as Sacristan for several years. Gareth was an artist with a remarkable God-given talent. He enjoyed history, and imparting his knowledge of that history to those who were interested; along with his knowledge of our faith, Church history, and vital information on the current crisis in the Church to help save souls.

Gareth is survived by his wife, Theresa. He was preceded in death by his parents.

The Rosary will begin at 10:30AM, with a Requiem Mass to follow at this Saturday, December 21, 2019, at 11:00AM at St. Pius V Roman Catholic Church, 509 Grand Ave., Mukwonago, WI. The Mass will be offered by Fr. Frank Kurtz, along with the faithful in attendance. Burial will follow at South Heart Prairie Cemetery LaGrange, WI.

Memorials Offerings may be given to either the: Universal Living Rosary Association, P.O. Box 1303 Dickinson, TX. 77539 or to the SSPX USA District, PO Box 206, Farley, MO 64028 and specify for the Foreign Missions Trust.

Theresa would like to thank all members of the Hospice Team of Mercyhealth at Home in Janesville, WI for all the wonderful care, compassion, and support Gareth and she received for the last 20 weeks of his life.

Theresa would also like to express Gareth's and her extreme gratitude to all those who prayed for them throughout his battle with lung cancer.