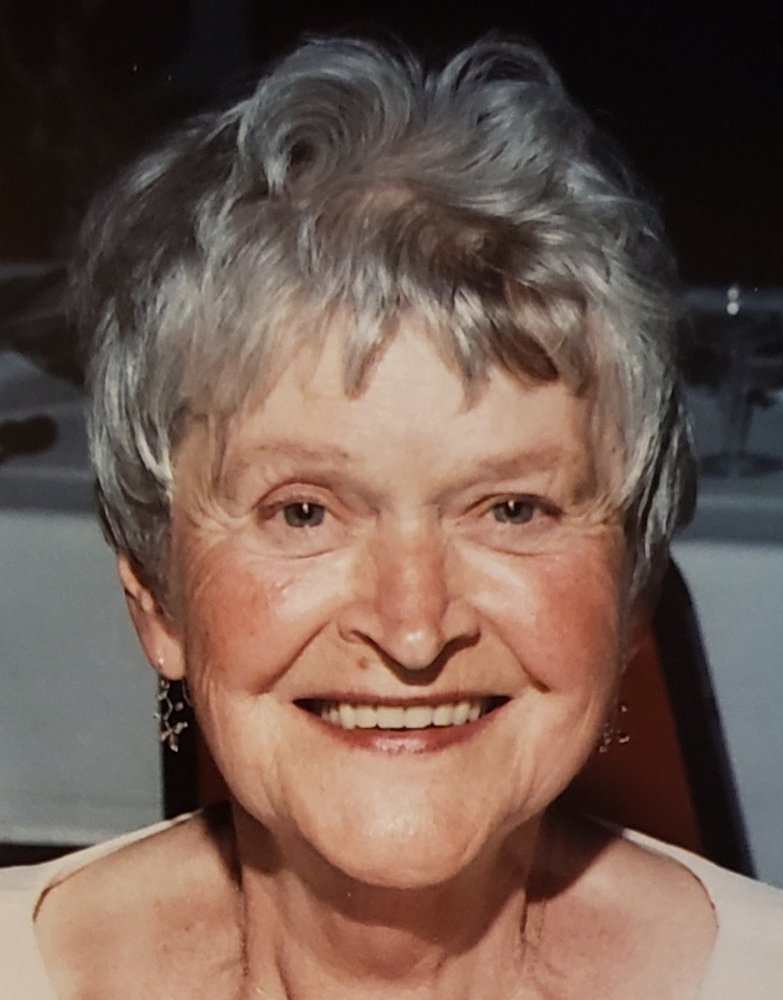 Juanita (Teda) Schreiner, passed away Thursday, December 5, 2019, in the home of her son, Randy Schreiner, surrounded by her loving family.

She was united in marriage to the love of her life, Donald H. Schreiner, on June 27, 1950. Together they raised 5 children, Daniel, Julie, Randy, Todd and Tony. Her family knew her as the epitome of Love, Devotion and forever caring of all of her children’s, grandchildren’s and great grandchildren’s well beings. She was the glue that kept her entire family strong.

Her favorite thing to do was camping with her entire family, especially sitting around campfires until wee hours of the morning, sharing hours of laughter and most times outlasting many younger members of our family!

In her later years, her closest companion was her sweet little fur baby, Maizy, who by God’s grace, departed this earth just one day before her.

She was preceded in death by her parents, Herman and Cordella Pings, her parents-in-law, Herbert and Emma Schreiner, 1 sister, Geri Blau, her in-laws which included, 10 sister-in laws, 2 brother-in-laws and all of their spouses, along with several nieces and nephews.

We’d like to extend our sincere appreciation to all hospital staff, during her many stays at multiple locations and a very special thanks to the loving care provided while in Hospice care.

Visitation will be held at 5:30 until 7:30, with a Rosary service to follow on Thursday, December 12, 2019 at Nitardy Funeral Home, 1008 Madison Ave., Fort Atkinson, WI.  A Mass of Christian Burial will take place at noon on Friday, December 13, 2019 at St. Joseph Parish, 1660 Endl Blvd., Fort Atkinson, WI.  Visitation will take place from 11AM until the time of Mass.  Burial will follow Mass as St. Joseph Cemetery.

To send flowers to the family or plant a tree in memory of Juanita Schreiner, please visit Tribute Store
Thursday
12
December

Share Your Memory of
Juanita
Upload Your Memory View All Memories
Be the first to upload a memory!
Share A Memory
Send Flowers