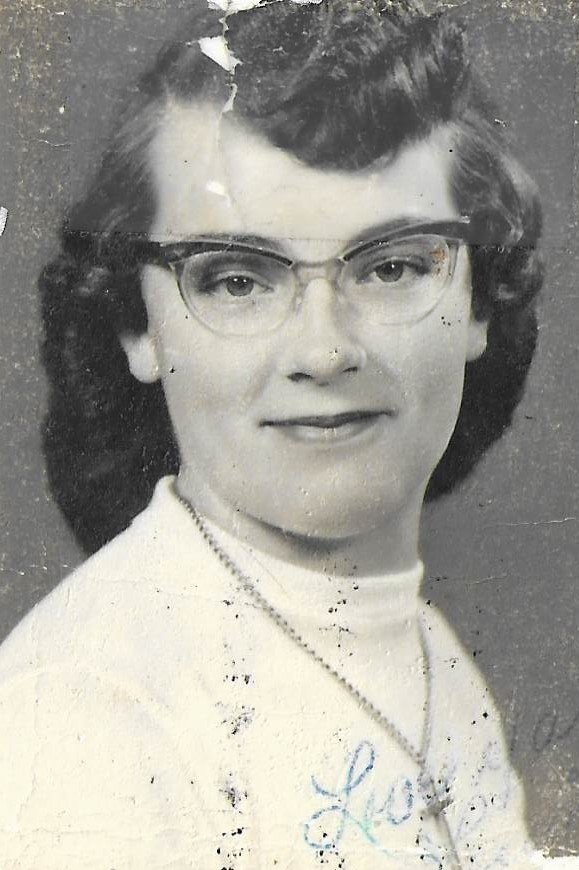 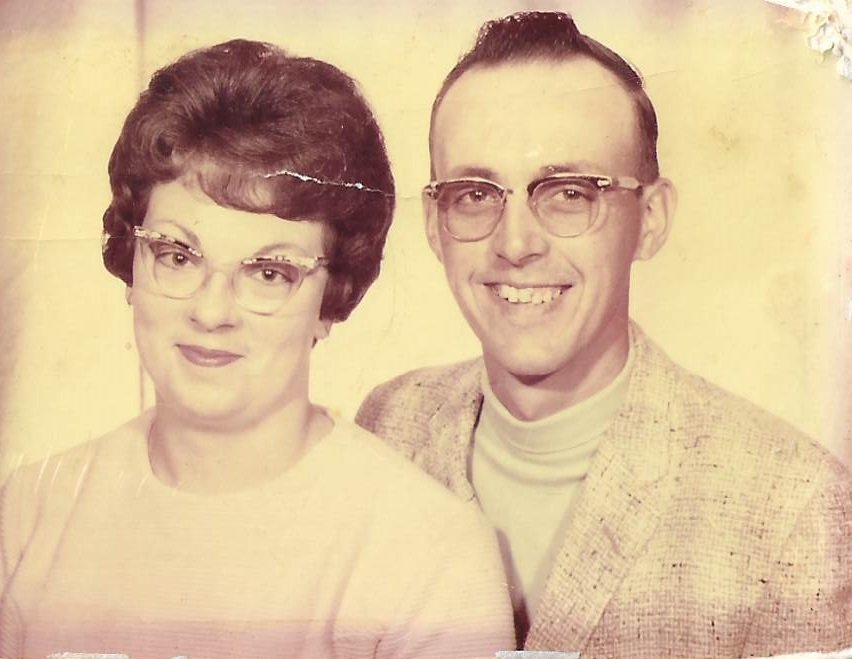 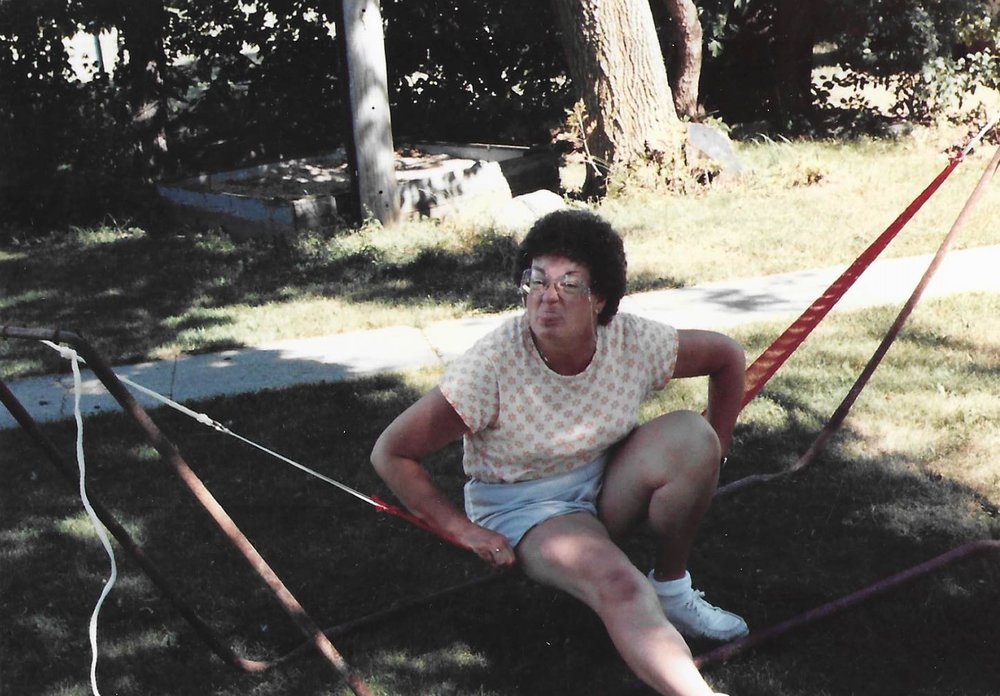 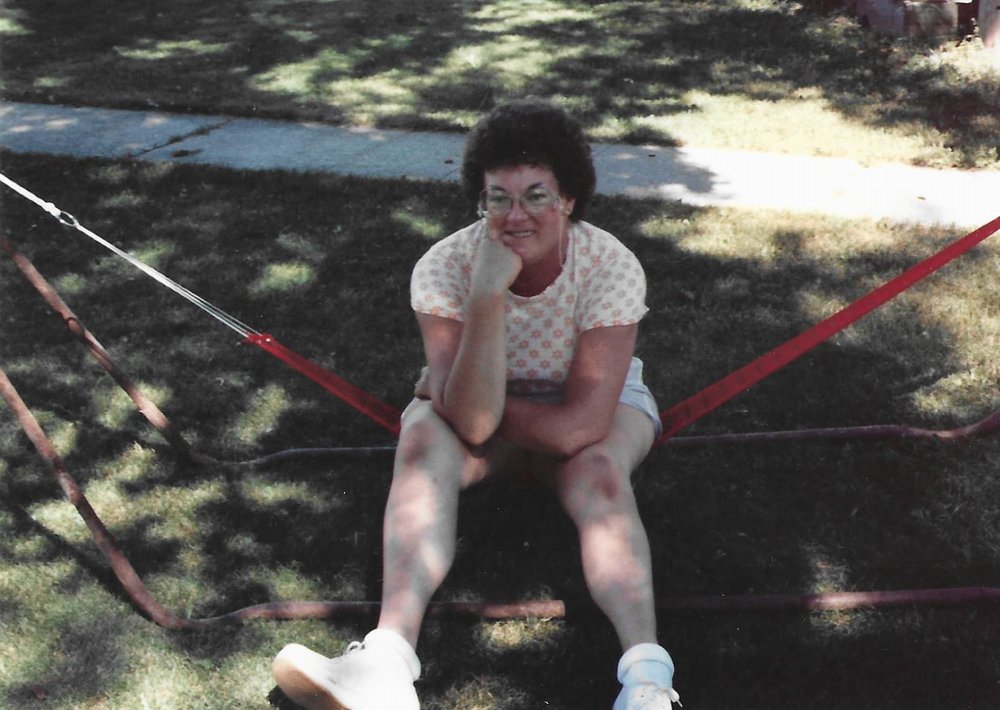 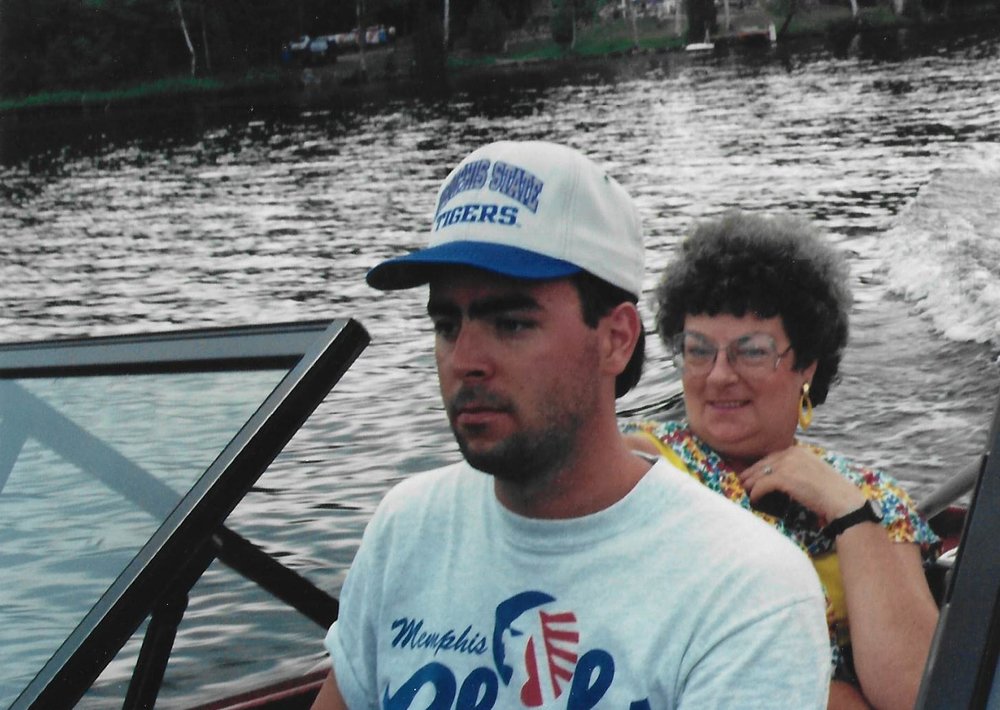 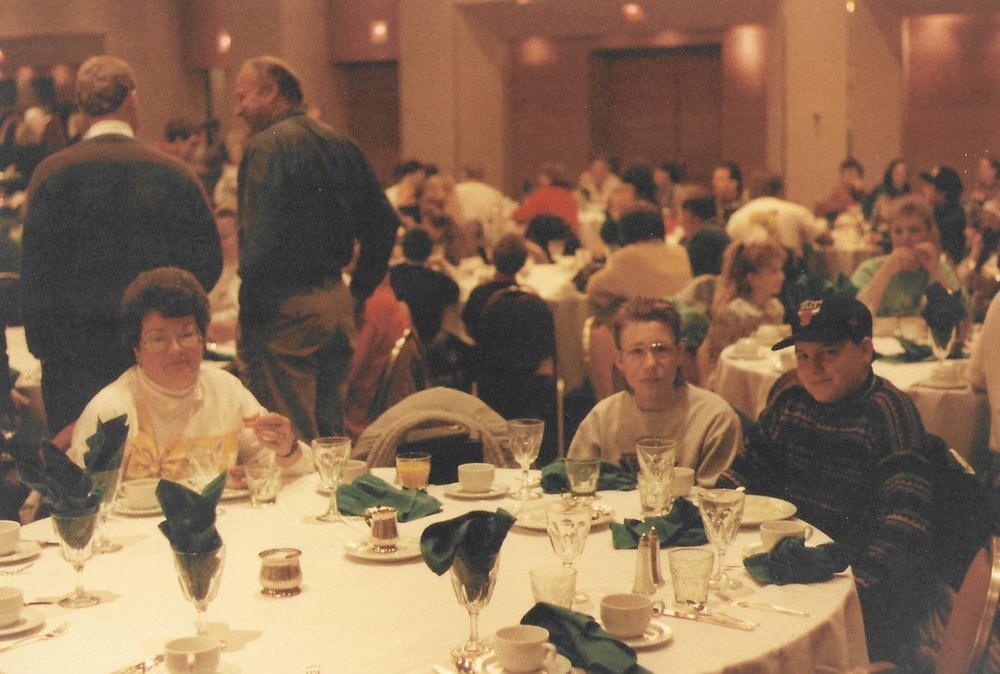 Lou was the firstborn child of Erwin and Jeanette (Moyer) Travis on June 16, 1941 in the town of Elkhorn.  Lou didn’t really have a nickname, but her family usually called her “Weezy.”   She grew up with three siblings, on their family farm.  Lou enjoyed being involved in the local 4H group at the Koshkonong community center.  She entered the Jefferson County fairs in mostly the dairy category with her animals.

Lou was confirmed by Reverend Lewis Douglas at the First United Methodist Church in Whitewater.  She sang in the children’s junior choir, and later went on to sing in the adult choir.

Lou went to the Millard School for first grade and then to the Norman Horton Elementary school in Whitewater.  When she was four years old, she began to study piano.  She later learned to play the accordion.  She continued on with these musical instruments through high school at College High School in Whitewater.  One of Lou’s many achievements in high school was being elected to senior class president.  She served as president throughout the whole senior year, but it turned out she was the final president, as the high school closed permanently after the last semester of school.

During high school, Lou attended Janesville Vocational College, where she studied cosmetology, and happily began her first job as a beautician at Janet’s Beauty Service in Whitewater.  After high school, she went to Blackhawk Technical College and also attended MATC in Fort Atkinson to study to be a Certified Nursing Assistant.

On June 18, 1960 Lou, 19, married John Loomis, 23 at the First United Methodist Church in Whitewater.  Together, they had two sons.  In 1970, Lou and John became foster parents and opened their hearts and home to many children for over forty years.  An opportunity arose to adopt two of their foster children, which they gladly accepted.  Lou and John have said that sharing their lives with the children has been one of their greatest accomplishments.

Lou was a member of the First United Methodist Church in Whitewater.  She spent years in many of the different positions at the church.  Lou taught third grade Sunday school and also was a liturgist.   In earlier years, she chaired the Mother and Daughter banquets on Mother’s Day.  In 1981 Lou and Carol Vannoy began a program at the church called the Prayer Chain, which is still greatly needed and utilized.  Lou was also the president of the UMW for many years, and belonged in Esther Circle.

Lou was involved in the Bazaar Harvest Dinners, the Jr. Women’s Club, Homemakers, and also a leader in the 4H group, and many more unrecorded activities.

Lou enjoyed, traveling, camping trips with her family, meeting new people in new places, reading, sewing and gardening.  Some of the vacation destinations John and Lou visited were, Texas, Colorado, Florida, Washington D.C., Hawaii, Panama and many more.  They even got to stop by Johnny Cash’s house in Nashville and took his mail in for him.

She is preceded in death by her parents and sister, Joan Travis.

The family would like to give special thanks to the staff at St. Mary’s Hospital in Madison for their exceptional care.

Funeral services will be held at 11 AM on Wednesday, October 23, 2019 at First United Methodist Church.  A visitation will take place from 10 AM until the time of services at the church.  A burial will follow services at Hillside Cemetery.

Memorials can be made in Lou’s name to the First United Methodist Church.

Nitardy funeral home in Whitewater is assisting the family with arrangements.

To send flowers to the family or plant a tree in memory of Lou Loomis, please visit Tribute Store
Tuesday
22
October

Share Your Memory of
Lou
Upload Your Memory View All Memories
Be the first to upload a memory!
Share A Memory
Send Flowers