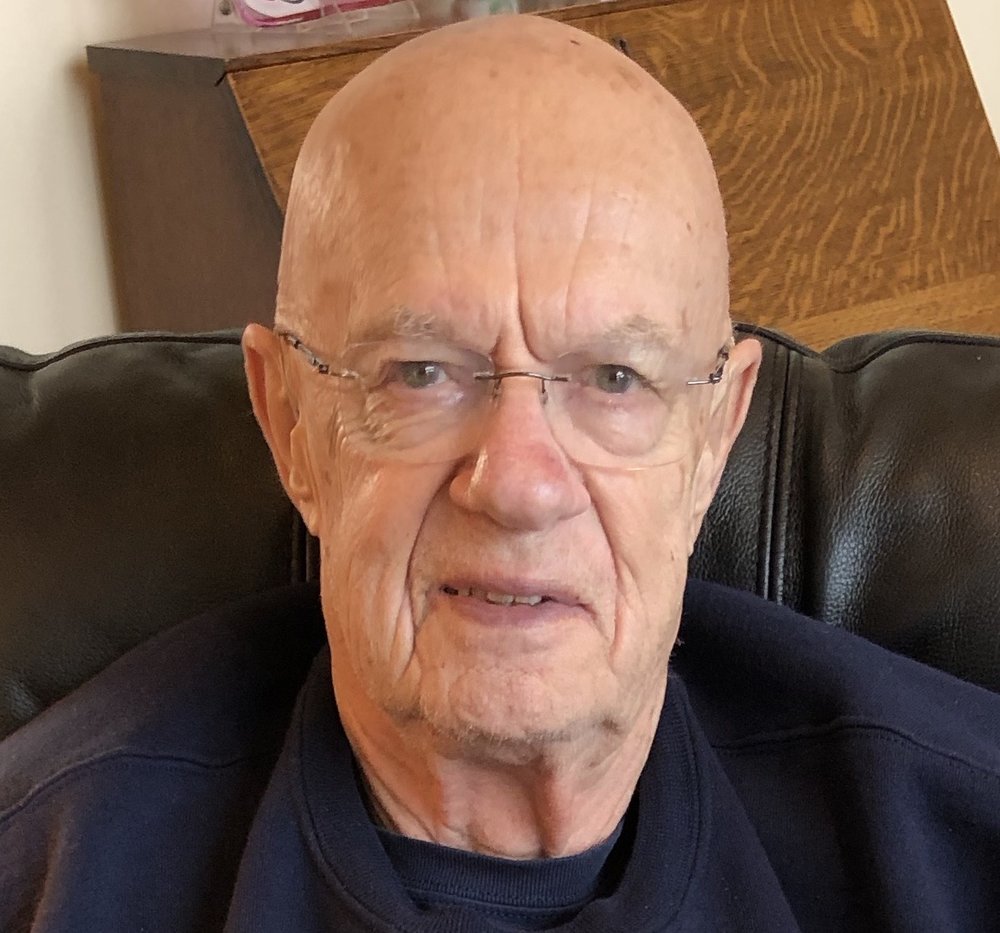 Jerry Schoen, 83, passed away peacefully on August 25th, 2019, surrounded by family. Born May 9, 1936, in Caroline, WI, he was the 4th of 6 children of Leonhart and Amanda Schoen. He attended Caroline Grade School and graduated from Marion High School in 1954.

Jerry studied at the Wisconsin State College (now University of Wisconsin) – Stevens Point, obtained a Bachelor of Science degree in Secondary Education in 1959 and a Master of Science in Teaching in 1970. He was a member of a school-record setting relay for the track team and also active in the glee club. Following graduation, Jerry taught U.S. history at Menomonie for three years where he participated in the restoration of the Mable Tainter Theater and met Bernadette (Bunny) Stehr. They married in 1961 and moved to East Troy in 1962, where he taught history for 30 years.

In addition to teaching, Jerry was very involved in the advancement of sports programs in East Troy. He was the inaugural coach for the wrestling and cross country programs, coached track and field for 10 years, and was instrumental in construction of the school district’s first track. He was also the Athletic Director for five years. He served on Senator Herb Kohl’s nominating committee for applicants to the United States Naval Academy and served as a Blue and Gold Officer recruiting high school students to the Academy.

Jerry retired in 1992 and directed his energies to travel, birding, and related activities. He became skilled in carving birds and for many years made an annual pilgrimage to Maryland to enter the Ward World Championship Wildfowl Carving Competition. His carvings often won ribbons, but he found more joy giving his creations as gifts or donating them to charitable organizations to be put up for auction.

Jerry and Bunny traveled extensively in their retirement, taking in more than 40 Road Scholar programs to Denmark, Germany, Austria, Costa Rica, Italy, Norway, and other destinations. Their travels allowed Jerry to identify more than 500 different species of birds. They moved to Whitewater in 2001 and spent many an evening together in their basement, Jerry carving a bird and Bunny weaving a basket. An avid outdoorsman, Jerry was always happy to be hunting, fishing, or otherwise enjoying nature. He served on the City of Whitewater Urban Forestry Commission, was active at Old World Wisconsin, and maintained multiple bluebird trails in collaboration with the Bluebird Restoration Association of Wisconsin.

Jerry will be greatly missed by those who knew him. He was very committed to family and friends, and despite his occasionally gruff countenance, his sense of humor never stayed hidden for long. He is survived by his son Kurt (Jennifer) of Auburndale and their children Alexa and Lucas; and his daughter Karin (Locke) Wasler of Los Angeles. He is further survived by his brothers Dennis and Bill Schoen and sister Mary Leder. He was preceded in death by his parents, Leonhart and Amanda Schoen, sisters Jeanette Bielke and Joyce Strehlow, and Bunny, his wife of 55 years.

In lieu of flowers, Jerry would like his memory honored by donations to the International Crane Foundation in Baraboo.

Memorial services will be held at 2:00 PM on Sunday, October 13th at Nitardy Funeral Home, 550 N. Newcomb St., Whitewater. Visitation will be held at the funeral home from noon until the time of the service. A celebration of Jerry’s life will continue at the Cravath Lakefront Community Center following the service.

Share Your Memory of
Jerry
Upload Your Memory View All Memories
Be the first to upload a memory!
Share A Memory
Send Flowers