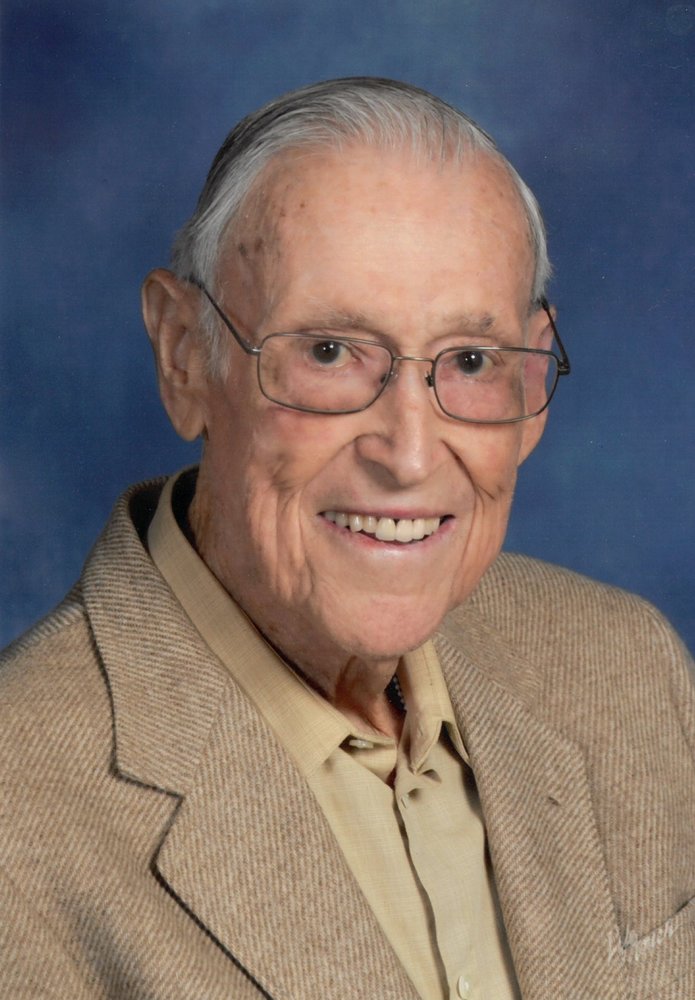 Lloyd Charles Mack was born on January 30, 1928 to Otto and Frieda (Ehlers) Mack on their family farm in Fort Atkinson.  He attended St. Paul’s grade school and graduated from Fort Atkinson High School in 1945.

He married Phyllis Louise Redding on August 20, 1949, and together they enjoyed 62 years of marriage.  Phyllis preceded him in death on February 20, 2012.

Lloyd and Phyllis ran their family dairy farm for four decades and raised their four children there.  In 1965, Lloyd became a substitute rural mail carrier for the United States Postal Office and later became a full-time postal worker.  He retired from the USPS in 1989 after 23 ½ years.  In retirement, Lloyd and Phyllis loved to travel with friends and spent many winters in Florida.  They enjoyed golfing at Koshkonong Mounds Country Club where he had two holes in one over the years!

Lloyd loved staying busy, so after retiring from the post office, he took a part-time job driving hearse for another 23 years.  He also drove the shuttle bus for hospital employees at Fort Atkinson Memorial Hospital.  He always enjoyed making new friends and loved visiting with people.  He attended all of the sporting events that his family participated in.  He also loved playing cards with family and friends.  Despite all his other jobs and activities, Lloyd remained a farmer at heart.  He loved to take drives in the country and look at the crops and enjoyed spending time at his granddaughter’s farm.

Lloyd was a faithful lifelong member of St. Paul’s Lutheran Church where he was baptized and confirmed.  He served on the church council and was president of the congregation for several  years.  Lloyd had a beautiful voice and loved singing in the choir.  He was a member of the Men’s Club and also served on the Lakeside High School Board, where all his children attended school.

The family would like to thank the staff at Reena Senior Living.  Lloyd called Reena home for the last year-and-a-half of his life.  He loved the residents and appreciated the wonderful staff members who cared for him.  The family would also like to thank the compassionate care he received from the doctors and nursing staff at St. Mary’s Hospital over the final eight days of his life.

Lloyd’s life was characterized by his Christian faith, diligent hard work, kindness, humor and loved.  Blessed be his memory.

Memorials can be made in Lloyd’s name to St. Paul’s Lutheran Church, Lakeside Lutheran High School, or the charity of one’s choice.

Share Your Memory of
Lloyd
Upload Your Memory View All Memories
Be the first to upload a memory!
Share A Memory
Send Flowers