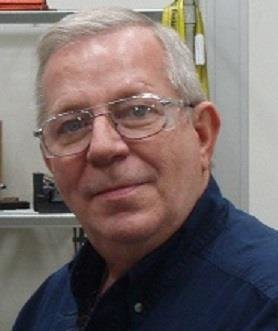 Don was born on November 7, 1947 in Trenton, NJ to Lloyd and Julia (Farkas) Anderson.  He served his country in the United States Army and was stationed in Korea and Germany.  Don was employed for 26 years  at Waukesha Engine and retired as an inspector.  He enjoyed hunting, fishing, his New York Jets and his pets Rubie, Ellie and Maggie.

Don is survived by his sons; Brian Anderson, Sheboygan, WI, Douglas and Joshua Anderson of Fort Atkinson; sister Pat (Warren) Larson, Cambridge and brother Roy (Lynna) Anderson, Texas.  He was preceded in death by his brother David; sister Ruth and his parents.

The Nitardy Funeral Home, Fort Atkinson is assisting the family.

To send flowers to the family or plant a tree in memory of Donald Anderson, please visit Tribute Store
Sunday
11
August