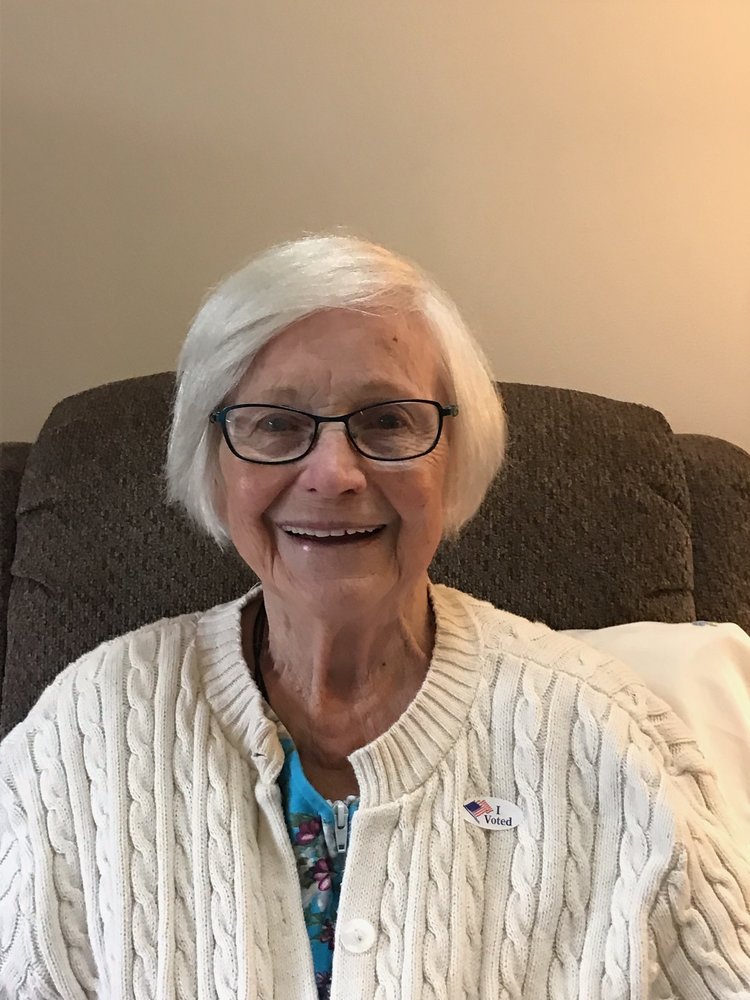 Sally D. Dale, 96, passed away April 19, 2019 at home in Cambridge, Wisconsin.  Sally was born on September 3, 1922 in Oak Park, Illinois to Alma and Herman Diener.  After college at the University of Wisconsin-Madison, Sally was a flight attendant for United Airlines and later in life spent many years as a travel agent.  In 1946, she married Richard Ruxton, whom she met as a young teenager at Lake Ripley.

Sally spent most of her life at Lake Ripley from her childhood at the cottage, which became a fulltime residence when her parents retired there, to the many years she spent running her mother-in-law’s shop, Eva Ruxton’s, located in the Ruxton home on the lake.

Sally’s children, Rick and Carol, want to thank Tammy Kautzer for the sweet, loving care she has provided Sally for the last year and a half and the kind nurses and CNA’s of the Rainbow Hospice of Jefferson.

Private services and internment at Lake Ripley Cemetery were held on April 24, 2019.

The Nitardy Funeral Home is assisting the family with arrangements.