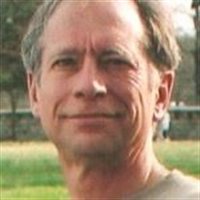 Dr. Glenn Frank Haban, age 57, died unexpectedly at his home on August 19, 2009, in East Ridge TN. �Glenn was born on September 9, 1951 to Frank and Elizabeth (Baker) Haban in Racine, WI. He graduated in 1969 from Lincoln High School in Manitowoc, WI. Glenn served our country in the U.S. Airforce from 1970-1974. In 1977 he graduated from the University of Wisconsin- Oshkosh. Glenn received his Ph. D. in Clinical Neuropsychology in 1988 from Memphis State University in Tennessee. Glenn practiced as a Neuropsychologist in Florence, S.C., Waterloo, IA, and most recently at Siskin Hospital for Rehabilitation in Chattanooga TN. �In his free time, Glenn enjoyed woodworking, electronics, and rowing. He is most remembered for his sense of humor, quick wit, adventurous spirit, love of the outdoors, and always following his heart. He was highly-regarded by those who knew and worked with him. Surviving are 2 Sons: Christian Glenn Haban and Nathaniel Frank Haban, both of Two Rivers, WI; Parents: Frank and Elizabeth Haban, of Fort Atkinson, WI; Companion: Linda Knight, of Chattanooga, TN; Sister: Enid Haban-Megahed, of Madison, WI; Brother: Erwin (Mary) Haban, of Manitowoc, WI; and Sister: Gloria Brunk, of Jefferson, WI. Funeral Service will be held on Thursday, August 27, 2009 at 11am at Trinity Lutheran Church in Fort Atkinson, WI, with Rev. Bryan Engfer officiating. Friends may call from 10am until the time of service at the church. Those wishing an expression of sympathy may wish to consider a memorial to the Siskin Hospital for Rehabilitation. Siskin Hospital Development C/O Dr. Glenn F. Haban Memorial One Siskin Plaza Chattanooga, TN 37403