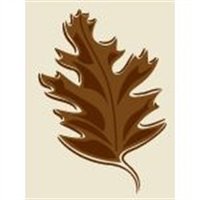 Artis Leona MEWIS, age 84, of Cambridge, Wisconsin, passed away on Saturday, April 3, 2010, at Nazareth Home in Stoughton, WI due to a severe stroke. Artis was born at home in the Town of Oakland, on October 24, 1925, the daughter of Charles and Bertha (Krull) Christ. She attended school in Cambridge and was a 1943 graduate of Cambridge High School. On October 18, 1947, Artis married Milo Mewis at St. James Lutheran Church in Cambridge. In 1952, Artis and Milo joined the London Moravian Church. Artis was a cook for the London School for 10 years and cooked for one year for the Cambridge School System. She worked in the Share Program, Community Action, and was employed at Countryside Home until her retirement in 1990. She held several positions and offices within the London Moravian Church and most important of all, organist for 43 years unitl May 2009. Surviving are: Son: Warren Mewis, Tomah, WI, Three Daughters: Bonnie (Don) Krugman, Marshall, WI, Jane (Allen) Olson, Cambridge, WI, and Janice Ellis, Edgerton, WI, Grandchildren: Ty (Brenda)Krugman, Evansville, WI, Reed (Melissa) Krugman, Lodi, WI, Kelsey and Hannah Ellis, Edgerton, WI, and Kristi Mewis, Tomah, WI, Five Great-grandchildren: Jack and Alex of Evansville, and Linkoln, Paxton, Ruby Mae Krugman of Lodi. She is further survived by nieces, nephews, and many friends. She was preceded her in death by her husband, her parents, brothers; Arnold, Walter, Paul, Carl, and baby brother Fredrick, sisters: Myrtle, Luella and Evelyn. Funeral Services will be held Thursday, April 8, 2010, at 11:00AM at the London Moravian Church, N5610 County Road O, Cambridge, Wisconsin with Rev. Jane Follmer Zekoff and Rev. Staci Marrese-Wheeler officiating. Burial will follow in the Kroghville Cemetery, Town of Lake Mills. Friends may call from 4-7 PM on Wednesday, April 7, 2010 at London Moravian Church and after 10AM on Thursday at the church until the services. Those planning an expression of sympathy may wish to consider memorials to the London Moravian Church. The Nitardy Funeral Home, Cambridge is assisting the family