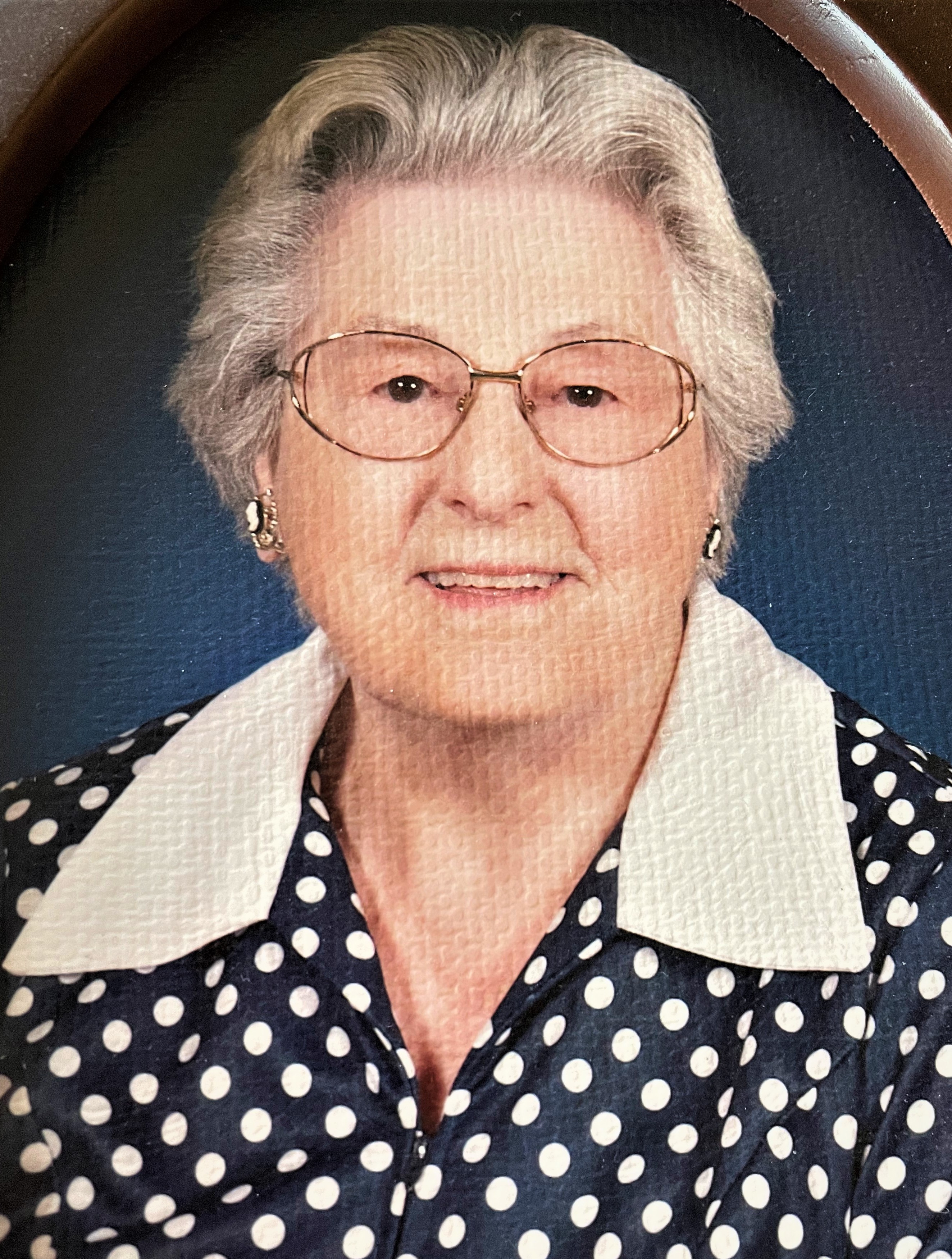 Genevieve was born in Koshkonong Township, Wisconsin on October 6, 1917, the daughter of Fayette Hart and Hulda (Pelchen) Carnes Sr.

On November 27, 1937, Genevieve married Paul F Westphal in Fort Atkinson, Wisconsin. Paul preceded her in death on February 17, 1979. Paul worked at Hoffman Lumber Company as well as an independent contractor.

Genevieve worked for many years at Golden Living Center where she was honored as employee of the year. She retired at age 98. She was a lifetime member of St. Paul’s Lutheran Church in Fort Atkinson. At the time of her death, she was the oldest living member.

Genevieve was a loving mother, grandmother, great grandmother as she dedicated her entire life providing for her family.

A private family funeral will be held at St. Paul’s Lutheran Church, Fort Atkinson with Pastor Matthew Vik officiating. Burial will be at Evergreen Cemetery in Fort Atkinson.

Memorials can be made to St. Paul’s Ev. Lutheran Church in Fort Atkinson.

The family extends a special thank you to those who provided special care for our Mother.